P. Galanis: Krav Maga training can save your life

Mr. Galanis received his certificate from Master Avi Moyal (IKMF’s Chairman) after training for 6 months on IKMF Instructor’s Course under the supervision of high ranking IKMF Instructors such as Israel Cohen, Israel Tamir, Slomi Bouzaglo etc. He is also a certified Instructor of Self Defense Weapon techniques and Close Protection Team for Security Forces by the Hellenic State.

What exactly is krav maga?

Krav Maga is an Israeli origin effective self-defense and fighting system, based on real life scenarios which teaches you how to defend yourself and your loved ones, while gaining increased awareness and instinctive reflexes to threatening situations.Based on simple principles and instinctive movements, it is designed to teach extremely effective self-defense in the shortest possible time. Working constantly on a variety of attack scenarios makes the practitioner react automatically to any possible threat and use his natural instincts of self-defense. Krav maga training includes training cardiovascular and strength building exercises, as well as stretching to increase flexibility. Personally I attenteded a class after a friends suggestion and I was truly impressed by the system’s efficiency. I haven’t stop training on krav maga since then.

How was krav maga developed?

Krav maga originally developed in the Israeli Defense Forces by Imi Lichtenfeld, a Hungarian-Israeli martial artist who made use of his training as a boxer and wrestler while defending the Jewish Community of Bratislava against Nazi groups in Czechoslovakia. After making his way to Mandatory Palestine and the establishment of the State of Israel in 1948, Imi spent two decades training IDF’s soldiers. After he retired, he subsequently developed Krav Maga into a form of self defense for use by civilians, kids, security and law enforcement professionals. In 1978, Imi alongside with several of his students founded Krav Maga Association. When the global spread of Krav Maga sparked arose a need to found an international organization. Imi formed a new international KM federation with the support of his most loyal students and respected instructors, among which IKMF's chairman nowadays, Avi Moyal. Once the IKMF was finally formed, all Expert and Master Diplomas, grades and levels issued by it, were authorized by Imi himself, as well as the IKMF curriculum. Imi approved this new curriculum at the time of formation of the IKMF as well as subsequent changes made in 1997. Since 1996 The IKMF expanded and is now the largest and most appreciated KM institution worldwide.

Why krav maga differs from other martial arts?

Krav maga is not just another martial art. There are no competitions, points, trophies or medals won in fights. Krav Maga is about self-defense and “making it home safe”. It is a system primarily concerned with safety and survival against real life attacks,protecting yourself and your loved ones and having the fitness and awareness to do so. Combining instinct-based movement with the ability to identify danger, in order to deal with one or multiple attackers targeting soft tissue and pressure points such as the neck, groin, throat and solar plexus.

Is there an ideal age to start krav maga training?

Not at all and that is the beauty of krav maga in my opinion. It is practically a self-defense system that anyone can train to and use, regardless of age, gender, size, strength or level of fitness and there is no need of prior martial arts experience to become proficient.
Krav Maga is not only practiced as a self-defense method, but it is also a multifunctional form of exercise as well and can be an exceptional full-body workout for all who partake.

How long does it take until an amateur is ready to defend him/herself from a possible attack?

Well there is no profound answer to this question. The level of readiness varies and depends on several factors, such as the ability to identify danger, how often someone practices, the willingness to adopt and adapt and many more. Generally one might say that if you train 3 times a week in one or two years you are in very good state in which you are able to defend yourself or your family against a possible threat.

Because if you want to learn from the best you must follow the source. You must be taught by the best, by those who never stop on working and developing this system. IKMF Instructors are always students, they train constantly under the supervision of the Global Instructors Team, in order to be fully updated at anytime and continuously achieve a progress. Someone who is really interested in Krav Maga should learn from the Federation that was established by Imi himself and nowadays services as chairman Avi Moyal . Avi was Imi’s direct and most trusted student as demonstrated by the fact that Avi is the former Chairman of the 'Aguda' (the very first Krav Maga organization) and he leads the organization in continuing the vision of Master Imi Lichtenfeld, the founder and creator of Krav Maga. IKMF is a family, a global one and if you check the spread of IKMF branches all around the globe you will also have another answer to why IKMF.

What are your future goals?

My goal is to continue on training and improving as a krav maga Instructor and as a person eager for knowledge as well, alongside with my wife and colleague Katerina Prapa, who is also a krav maga Instructor. Motivated by our love for krav maga we established two years ago our own school, “Stay Safe Krav Club” in Polygono Athens and I am proud to say that the relationship with our students follows the IKMF example, that of a family. We anticipate to continue our training by IKMF on lifelong terms and provide to our students an effective feedback, so as Imi said “one may walk in peace! 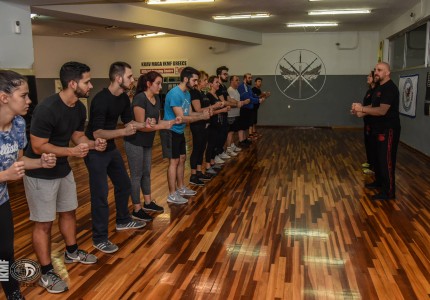 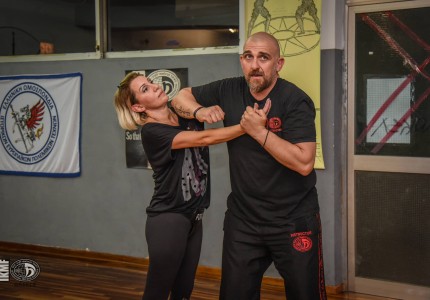 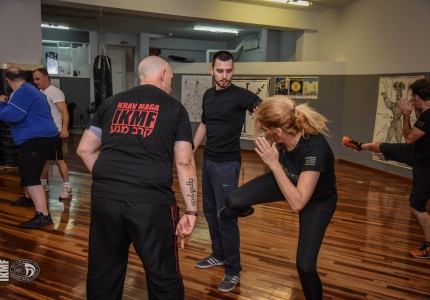 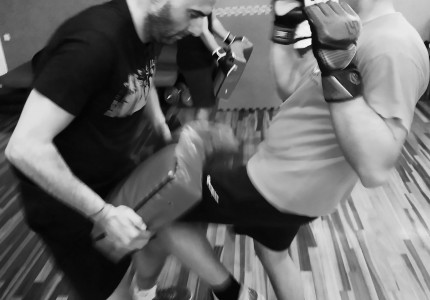 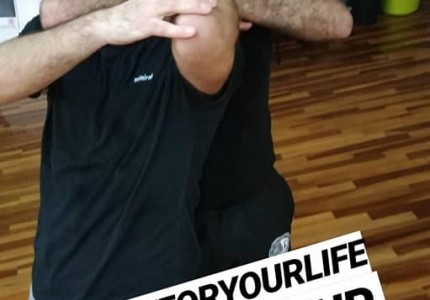 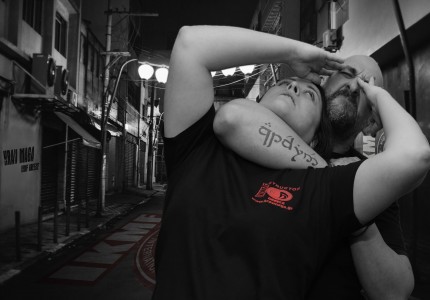 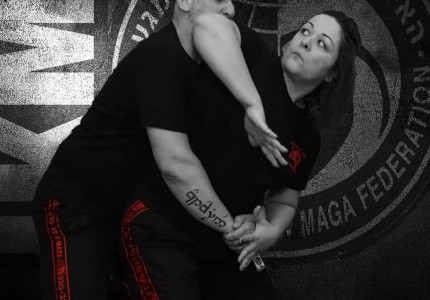 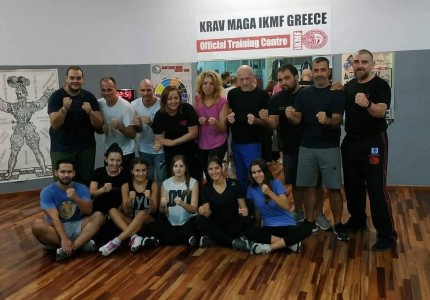 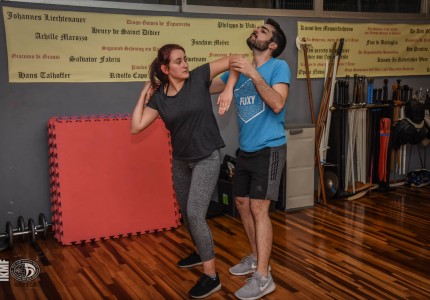